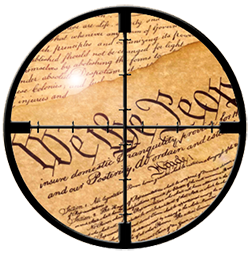 Let’s Not Be Fooled Again:

Examining When Drills Are Used to Commit False Flags

With Operation Jade Helm 15, a joint military exercise set to take part in nine U.S. states this summer, many people believe that the drill may go “live” and be used as another ramp up of the existing slow creep towards more martial law. Is there any reason to get worried? Yes!, and here’s why.

Immediately before and on day of 9/11/2001, NORAD and various Intelligence and policing agencies in the U.S. were running multiple drills that virtually simulated the exact terrorism events themselves, or kept personnel distracted from reacting in time to thwart the attacks.

Some of these drills were:

VIGILANT GUARDIAN: Described as “an exercise that would pose an imaginary crisis to North American Air Defense outposts nationwide”; as a “simulated air war”; and as “an air defense exercise simulating an attack on the United States.” Exercise Includes Simulated Hijacking – Vanity Fair reports that the “day’s exercise” is “designed to run a range of scenarios, including a ‘traditional’ simulated hijack in which politically motivated perpetrators commandeer an aircraft, land on a Cuba-like island, and seek asylum.” [VANITY FAIR, 8/1/2006]

GLOBAL GUARDIAN: This drill was both a command post and a field training exercise, and is based around a fictitious scenario designed to test the ability of Stratcom and its component forces to deter a military attack against the US. Hundreds of military personnel are involved. This annual exercise gets bumped up to run in September when it normally runs during October and November. Other descriptions of the drills entailed exercises based around the scenario of a rogue nation attacking the United States with nuclear weapons. At Barksdale, according to journalists Eric Schmitt and Thom Shanker, air crews taking part in the exercise have been “pulling nuclear bombs and missiles out of their heavily guarded storage sites and loading them aboard B-52s” this morning. Real, live nuclear weapons are being used, but “their triggers [are] not armed.” [SCHMITT AND SHANKER, 2011, PP. 22]

TRIPOD: This exercise, which had been scheduled months earlier but like Global Guardian, was reschedule for September, “is intended to test how well New York’s Office of Emergency Management (OEM) can administer treatment in response to a biological-terrorism attack (see September 12, 2001). [NEW YORK MAGAZINE, 10/15/2001; GIULIANI, 2002, PP. 355] Pier 92, located just over four miles north-northwest of the World Trade Center, has been set up as a model distribution station where the simulated victims will be treated.”

CIA SPONSORED EXERCISE: On the morning of September 11 2001, within minutes of the attack on the World Trade Center and the Pentagon, the CIA had been running “a pre-planned simulation to explore the emergency response issues that would be created if a plane were to strike a building”. The simulation was held at the CIA Chantilly Virginia Reconnaissance Office. [See: The London 7/7 Mock Terror Drill: What Relationship to the Real Time Terror Attacks?]

These are just a few of the many drills that day. [For a full list See: History Commons: 9/11 Timeline]

On 7 July 2005 London bombings a series of attacks targeting civilians using the public transport system occurred during the morning rush hour. Fifty-six people were killed and more than 700 were injured in the attack. Officially these attacks were attributed to four Islamic suicide bombers. 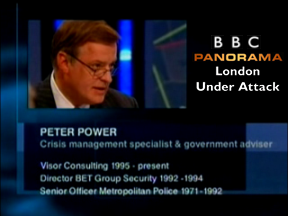 On the day of the bombings, Peter Power, Managing Director of Visor Consultants, a private firm on contract to the London Metropolitan Police, gave interviews on BBC Radio 5 Live and ITV saying that his company helped organized a bombing scenario that coincided with the 7/7 London bombings. “At half past nine this morning we were actually running an exercise for a company of over a thousand people in London based on simultaneous bombs going off precisely at the railway stations where it happened this morning, so I still have the hairs on the back of my neck standing up right now,” Power told the BBC. [See: London Underground Bombing ‘Exercises’ Took Place at Same Time as Real Attack]

Also, More than a year before the 7/7/2005 attacks, on the 16th of May 2004, an edition of the BBC ONE Panorama program broadcasted a mock exercise, imagining what would happen if a terrorist-attack was executed in London, in the NEAR FUTURE, consisting of three explosions on tube-trains in the London Underground, and one explosion on a road vehicle. 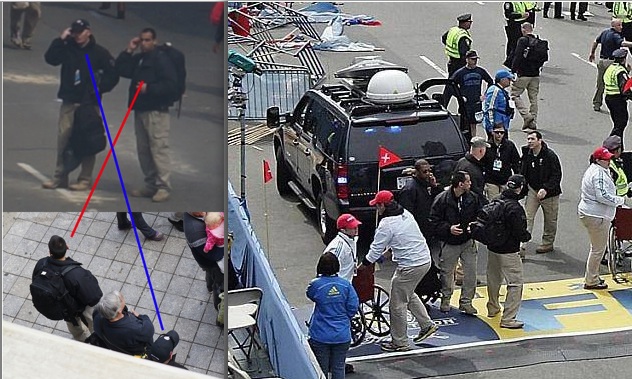 Prior to the Boston Marathon Bombing on Patriots Day, 2013, the DHS funded “Operation Urban Shield” a drill for the Boston Area. This exercise which was “intended to take place during the summer, according to the Boston Globe —so closely resembled what actually occurred the day of the bombings that even the mainstream media source responsible for bringing it to light could not help but point out this incredible “coincidence.”

“The drill’s scenario had been carefully planned: A terrorist group prepared to hurt vast numbers of people around Boston would leave backpacks filled with explosives at Faneuil Hall, the Seaport District, and in other towns, spreading waves of panic and fear,” explains the Boston Globe. [See: Boston Bombing False Terror Drills]

Besides officials claiming that the drill was scheduled for later that year, it does looks like a live drill was taking place on the day itself. According to Alastair Stevenson they (the event organizers) were announcing drills going on the day of the Boston Bombing. “At the start at the event, at the Athlete’s Village, there were people on the roof looking down onto the Village at the start. There were dogs with their handlers going around sniffing for explosives, and we were told on a loud announcement that we shouldn’t be concerned and that it was just a drill. And maybe it was just a drill, but I’ve never seen anything like that — not at any marathon that I’ve ever been to. You know, that just concerned me that that’s the only race that I’ve seen in my life where they had dogs sniffing for explosions, and that’s the only place where there had been explosions.” [See: Boston Marathon Eyewitness Verifies Drill]

One might ask that when a drill happens near or on the same day as a terrorism event, and, if it almost replicates the event itself, or helps hinder an effective countermeasure, is it purely coincidental or should we consider a more troubling explanation—that the drill itself is being used as an operational cover to facilitate the terrorist event or events?

The latter is the more probable explanation for a number of reasons:

Okay, but, what is the motive for the government to commit a false flag?

The Project for the New American Century (PNAC) outlines in their document “Rebuilding America’s Defenses” that they needed a “New Pearl Harbor” to start the next phase of American expansionism. The actual people that were in charge of defenses on 9/11, including Dick Cheney and Donald Rumsfeld, were key founders this group, thus giving us the people with the power— and motive—to carry out such an event.

Conversely, to consider the government’s version of what happened —that 19 Arabs (without good flying skills) outsmarted the entire military industrial complex because they “hate our freedoms” as Dick Cheney phrased it, is truly patently absurd. Also, the Arab perpetrators would have had to know that attacking a civilian icon would bring the wrath of the biggest army in history into their regions. Does this make sense?

With Operation Jade Helm 15 scheduled to start July 15 to September 15th this year, the U.S. is setting the stage for an event to go live. Some of Jade Helm’s exercises will put special force members in civilian areas and at night, with some pretending to be civilians. The military’s stated objectives for the exercises are to prepare the troops for overseas missions, but if that is the case then why are military asked to wear civilian clothes and to see if they can operate incognito, a highly dubious proposition in a Middle Eastern country. 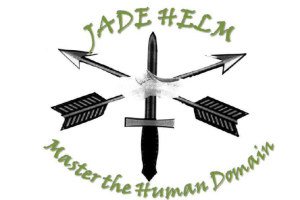 Though these drills are justified by the military and police as readiness and preparedness exercises which are essential to coordinate inter-agency response, it would seem that a good percentage of them tend to by hijacked by terrorist within.

The evidence is overwhelming that when these drills go ‘live’ it sets into motion a whole series of predictable outcomes that will continue to be used to further destroy our civil liberties and institutions and be used as excuses for the U.S. to commit war crimes on innocent states.

With more and more of these militarized drills happening every day we are sitting on a theoretical and potential time bomb.