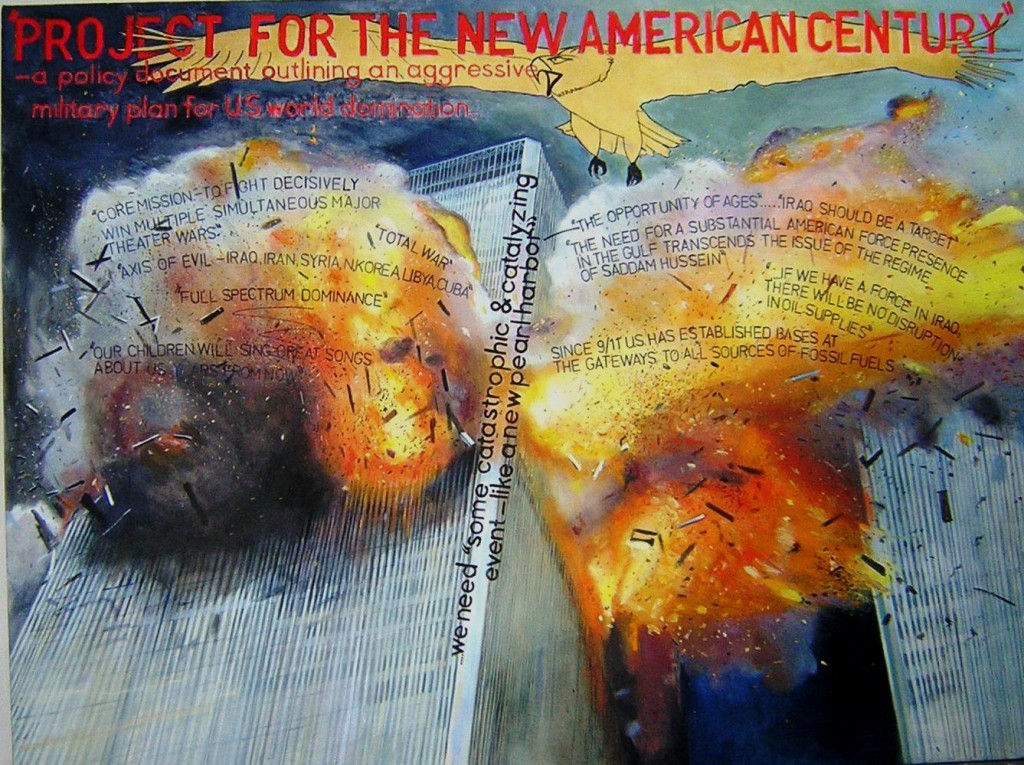 Although the particulars of this “enemy deficit” were new in the 1990s, the problem faced by ruling elites was not. First, governments seek to control their populations, and magnified outside threats have always served as a primary means of control. Like cowboys driving a herd of cattle while shooting at imaginary Indians, governments brandish threats to make their citizens circle the wagons and hunker down.

Secondly, everyday people aren’t eager to march off to war. Without a scary, often demonized outside threat, elites would face much more difficulty building public support for their militarism. Without wars, they wouldn’t be able to realize the profits they derive from seizing other countries’ resources, producing war materiel, or loaning huge sums to governments doing massive military spending.

Thus one of the time-honored ways to generate public support for wars is by provoking, simulating or reporting attacks attributed to defined enemies. In fact, neoconservatives were quite explicit about their desire for a traumatic event dramatizing a formidable new enemy. By 2000, the Project for a New American Century (PNAC) pointed out that it would be impossible to increase military spending and pursue America’s global-domination project, “absent some catastrophic event-like a new Pearl Harbor.” Cheney, Rumsfeld, and Wolfowitz were all members of PNAC when it issued this call; just months later, they held powerful positions in the Bush administration. 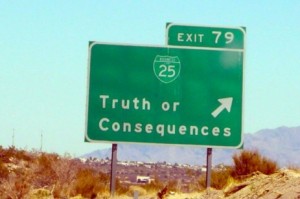 Understanding this pattern—and how the attacks on 9/11 fit into it—is one of our best safeguards against still more unnecessary wars. Beyond helping to resist militarism, however, understanding 9/11 provides a window into how political systems function, or more likely malfunction. Learning about 9/11, then, offers full immersion in Realpolitik, providing an understanding of what actually is. With that awareness, we can imagine a politics that would better serve more of us.

This keen and critical understanding is also essential to restoring and renewing American democracy. Starting with the self-serving conceptions proposed by many of the Founders, our democracy has fallen far short of the exalted ideals of Jefferson, Madison, and Paine. Civil rights guaranteed in the Constitution have faced unprecedented attacks. And the critical thinking so essential to democracy has sunk to a low ebb.

This said, there is much to be gained from understanding what has gone awry. We need to comprehend the failures of democratic institutions implied by the power of “shadow-government” factors-from neocons to the intelligence apparatus to the financial system that has exerted so much influence on recent presidents. When banksters rule, poor people beg for bread.

The standard narrative of 9/11-that 19 Islamist hijackers commanded by a rich Saudi from Afghanistan underpins the open-ended War, which included a doctrine of preemptive strikes. Already the US has used this doctrine to attack two countries, Afghanistan and Iraq, both of whose governments had little if anything to do with 9/11. Washington has justified torture and “extraordinary renditions” as necessary responses to terrorism. Through the USA Patriot Act, it also moved into various violations of the Constitution, including electronic surveillance of American citizens.

To justify its invasion and occupation of Iraq, the Bush administration had to fabricate absurd connections between Saddam Hussein and Osama bin Laden. Uruguayan historian Eduardo Galeano has observed that the war in Iraq “was born of a lie and has been generating more lies ever since.” True enough. But the same could be said about the conflict in Afghanistan and the events of 9/11 that made them both possible.

Fear mongering is tied to the Official Story of 9/11. From that time onward to the present, Islamic terrorism has been presented as the major threat to Western societies-and especially to the US and the UK. It’s often remarked that if Osama bin Laden hadn’t existed, governments would have had to invent him. Perhaps they have. At the minimum, they have exploited his potential to shock. Recall that one of the most menacing bin Laden tapes was widely broadcast just days before the 2004 presidential elections.

Bin Laden hasn’t just been a bigger-than-life boogie man; he and the trauma surrounding 9/11 have also served as convenient distractions. When 9/ll scholars trying to examine the institutional factors underlying the attacks, they’re often limited by public obsessions with al Qaeda. And when more thoughtful analysts point to other, much more foreboding threats such as the nuclear arms race, overpopulation, or global climate change, they have difficulty moving the discussion beyond the immediate fears generated by the horrific images of the World Trade Center. Given the magnitude of the “shock and awe,” then, 9/11 has proved to be the most effective psychological operation (“psy op”) in human history.

While many Americans are skeptical about this and other myths, the information they receive from corporate and government news outlets gives them little basis for informed, intelligent critique. Although nearly half of the US population has doubts about the Official Story, the mainstream and even much of the “alternative”/progressive media have not provided either the historical background or the contemporary contexts needed to critique the government’s mythic story. Armed with these, it’s not hard to debunk.

The failure of the news media to meet its responsibilities in a democracy have forced the 9/11 truth movement to rely more heavily on documentary videos, smallcirculation books, and web sites. These vary in quality, of course, so it behooves the truth seeker to select well researched books and videos by David Ray Griffin, Steven Jones, Kevin Ryan, and Richard Gage—plus reliable sites such as 911Truth, 911Blogger, AE911Truth, and sf911Truth. Such recommendations are hardly exhaustive, but they’re good places to continue your search.

Welcome to the quest for truth about 9/11. The questioning, critical thinking, healthy skepticism, and intellectual curiosity that probably brought you here will no doubt serve you well.