Note: the Northern California 9/11 Truth Alliance has seen many key people in the movement come and go over the years. We thank all those who in the past has given their time, energy and creativity to help bring light to this very important subject. Today there are many active members who have chosen to remain anonymous and are not listed below. We thank them for their  dedicated passion, energy and insights. 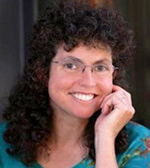 In 1992, she saw the film, JFK, and began researching the CIA. She became a “media activist” to raise critical issues that were censored or ignored by the corporate press.  In ’93 she edited The Invisible Nuclear War,  about the health effects of low-level radiation and nuclear issues.

She co-sponsored the first Local Currency Conference. She organized a panel and workshop on local currencies at The Other Economic Summit in Colorado in 1997. She has spoken and given workshops on Global Economics, Money, and Community Currencies in the U.S., Italy, and Brazil. Her paper “Reinventing Money, Restoring the Earth, Reweaving the Web of Life” was recognized as “one of the best ideas for the new millennium.”  She organized three conferences on “Strategies to Transform the Global Economy.” In January 2001, she helped mobilize North Americans to attend the first World Social Forum in Brazil. She was working against the FTAA, the WTO, the IMF, the World Bank, and corporate globalization, in September 2001. Shaken by the events of September 11th, she has worked to counter the assaults upon civil liberties and oppose the “War on Terrorism,” war on Afghanistan, war on Iraq, by exposing the underlying truths behind the war propaganda.

From October 2001 to October 2007, she held a weekly Listening Project- every Wednesday, 11 a.m. to 1 p.m., at Lytton Plaza, in Downtown Palo Alto. Now she holds it on the 11th of every month, in solidarity with truthaction.org, and the global 9-11 Truth movement. She is the publisher of the Deception Dollar, which includes a Media bill, an Election Deception, a Conception Dollar, and a Perception Dollar; over seven million have been distributed.

In 2003, she organized Premieres of Aftermath- Unanswered Questions from 9/11.  She organized the comedy benefits Behind Every Terrorist- There is a Bush, and the San Francisco International Inquiry into 9-11, Phase One, in 2004. The Inquiry attracted many journalists, documentary filmmakers, and helped spark the growing 9/11 Truth Movement. She also helped with, and spoke at the International Citizens’ Inquiry into 9/11, Phase Two, in Toronto, May 2004.

When she discovered that Congresswoman Eshoo was a Co-Sponsor of legislation, which would reorganize and expand the “Intelligence Agencies,” she organized a series of protests and rallies in August and September 2004, against the “Police State Legislation.”

In 2005, she, organized a series of premieres of Barrie Zwicker’s documentary The Great Conspiracy- The 9/11 News Special You Never Saw. The San Francisco Bay Guardian highlighted her in its cover story on the 9/11 Truth Movement.

In 2005, she organized an Art Contest with the theme — 9/11 Truth for Peace and Justice. She produced a film version of Behind Every Terrorist There is a Bush, which has been featured on Free Speech TV. In 2006 she ran for Congress, and helped organize events which drew national attention to the existence of the 9/11 Truth Movement. In 2007 she worked for Impeachment, Peace, and 9/11 Truth and began hosting a weekly radio show Questioning War — Organizing Resistance on We The People Radio Network. She has helped organized many 9/11 Truth Rallies/Marches in San Francisco & many of the annual 9/11 Film Festival at the Grand Lake Theater in Oakland, as well as in the War Memorial Building in San Francisco.

She hosted the radio show Questioning War— Organizing Resistance on We the People Radio Network and Community Currency on the Progressive Radio Network.

She continues to publish new Dollars and is active with the Green Party. Her main website is http://www.communitycurrency.org. 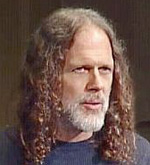 Pioneering 9/11 activist and video producer Ken Jenkins has a degree in electrical engineering from Carnegie-Mellon University, and has done extensive postgraduate study in psychology.

He has worked as a video professional for over 40 years, including 7 years at Hewlett-Packard in their state-of-the-art broadcast video facility HPTV.

Ken completed awakening to 9/11 truth by November of 2001 and started presenting his PowerPoint and video productions on 9/11 truth in 2002. He has since spoken at six international 9/11 conferences and at numerous other 9/11 events and on many radio programs. His first video release, Perspective on 9/11 was originally made for the early live presentations. He has since produced dozens of 9/11 DVDs – nine with leading 9/11 Truth author David Ray Griffin, including 9/11 – The Myth and the Reality. More recently he co-produced, directed and edited architect Richard Gage’s 9/11: Blueprint for Truth and SF Press Conference DVDs for AE911Truth.

Ken is also a founder of 9-11TV.org, which has documented speakers from many 9/11 conferences and events. The resulting DVDs, as well as those produced by others, are distributed in part through cable public access channels nationwide.

He also helped co-found one of the first 9/11 local groups, The Northern California 9/11 Truth Alliance, and co-produced many events with them, including, in March of 2004, the first major 9/11 conference, the San Francisco International Inquiry into 9/11.

He authored an article featured in Global Outlook titled, “The Truth is not Enough – How to overcome emotional barriers to 9/11 truth.”

By revealing the “false flag” nature of the 9/11 attacks, it is Ken’s intention to not only help end the current bogus “war on terror” but to also help open the way to ending war as a political option on this planet. 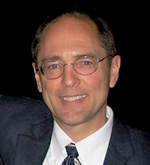 Richard Gage, AIA, is a San Francisco Bay Area architect and a member of the American Institute of Architects. He has been an architect for over 23 years and has worked on most types of building construction, including numerous fire-proofed, steel-framed buildings. Most recently, he worked on the construction documents for a $400M mixed-use urban project with 1.2 million square feet of retail, a parking structure, and 320,000 square feet of mid-rise office space —altogether with about 1,200 tons of steel framing.

Mr. Gage became interested in researching the destruction of the WTC high-rises after hearing on the radio the startling conclusions of reluctant 9/11 researcher David Ray Griffin in 2006, which launched his own unyielding quest for the truth about 9/11. Since founding Architects & Engineers for 9/11 Truth, Gage has presented Blueprint for Truth all over the world, and he has appeared on radio shows and television spots. 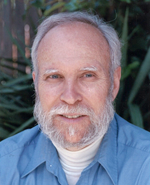 To read more about Paul go to his website: www.mountingevidence.org